Krav Maga Revolution was started in 2014 as a way to bring the best and most realistic Krav Maga training to California. We moved to our home base of Petaluma in 2017, setting up roots with our community. In 2022 we were able to expand to our own location in Santa Rosa where the school now resides.

We at Krav Maga Revolution strive to bring the most up-to-date techniques and training methods to our students by placing an emphasis on our own continuing martial education.

Krav Maga Revolution is about teaching the self-defense that is required to help save your life or the life of someone you care about when an unexpected violent confrontation occurs. As such, there is minimal “aerobic” style training, with the focus being on techniques that people of any physical level can learn and use immediately. That's not to say you won't work up a sweat, but you will be working through fighting specific training.  We have made it possible to book and pay online for every individual session that you'd like to attend. There is no direct debit system to worry about - you’re only paying for the sessions you’re going to! But, for those of you that know that you will be training often, we have a monthly payment option that brings down the price per session, so that you can train hard without breaking the bank.

A Brief History of Krav Maga

The name, "Krav Maga", comes from Hebrew, meaning 'contact-combat'. This form of hand to hand fighting was created by The Israeli Defense Force (IDF) in 1948. While it's widely accepted outside of Israel that only one man created Krav Maga, in Israel it is believed that several people within the military helped create the fighting system. To this day, the Krav Maga self-defense system continues to evolve in order to deal with the ever changing world we live in.

Asher began his Krav Maga career in Jan 2010 at the Institute of Krav Maga UK in London, while attending university. He continued with his training until moving back to California in 2014. Upon his return to the US, Asher traveled to New York to train with Boaz Aviram (a former head of Krav Maga for the IDF,) recieving his first Krav Maga instructor certification.

In the winter of 2017, Asher traveled to Colorado to train with Gabe Cohen, owner and head instructor of American Krav Maga, gaining the Tier 1 Instructor Certification in the American Krav Maga system. During the Summer of 2017, Asher went to train in Israel with two of the top organizations / instructors in the world, Amit Himelstein (International Kapap Federation) and Lior Offenback (Combat Krav Maga International) and their respective instructor teams. He completed the 7 day tactical seminar and passed the 8 day CKMI instructor course.

In the fall of 2017, Asher completed his 200hr RYT in Vinyasa Flow Yoga from Renew Yoga in Petaluma, Ca. During the Summer of 2018, Asher traveled to Canada to complete the IKF instructor course with Amit Himelstein which he passed becoming an instructor of Kapap Israeli CQB. Asher received his updated certification from the IKF in the summer of 2019 when KMR invited Amit to California for an instructors course and seminars. 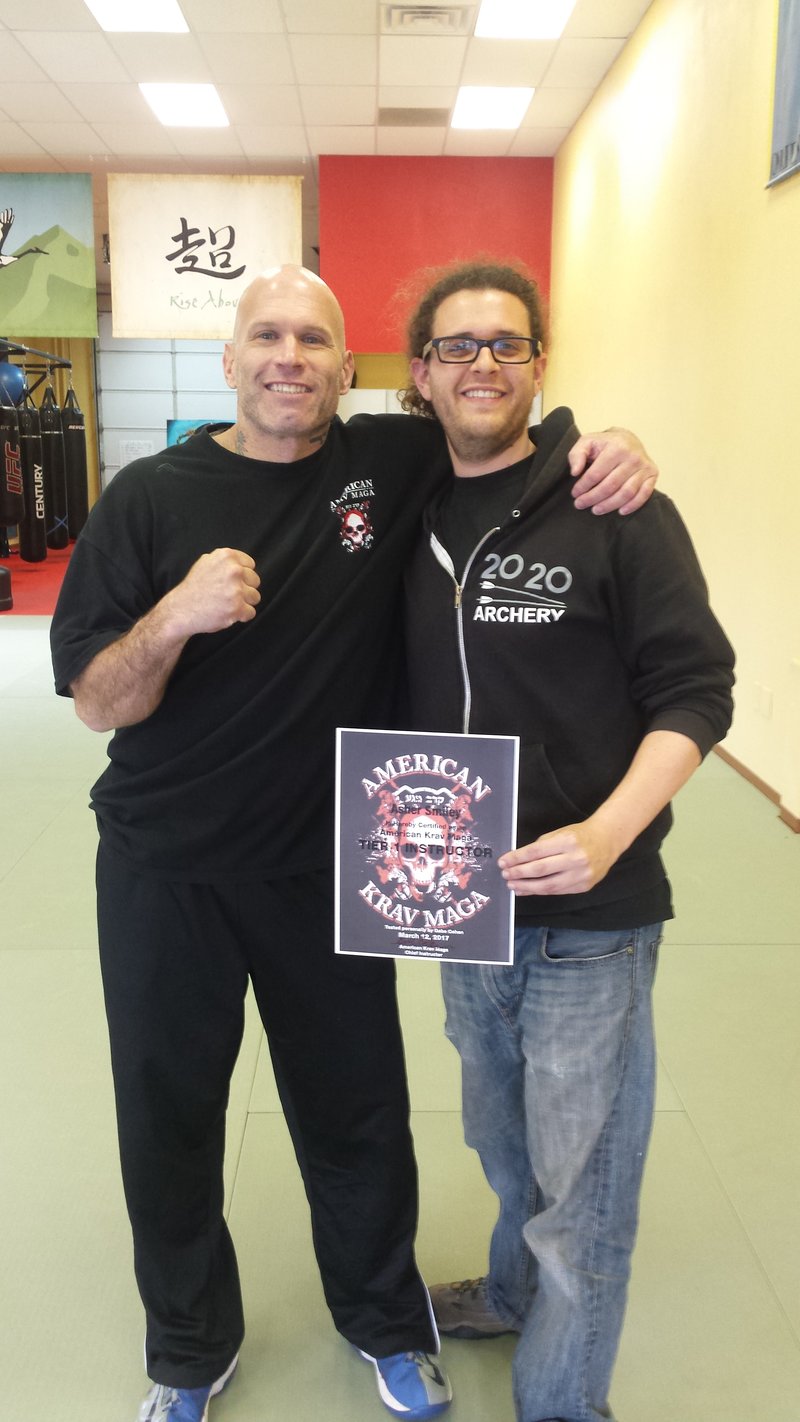 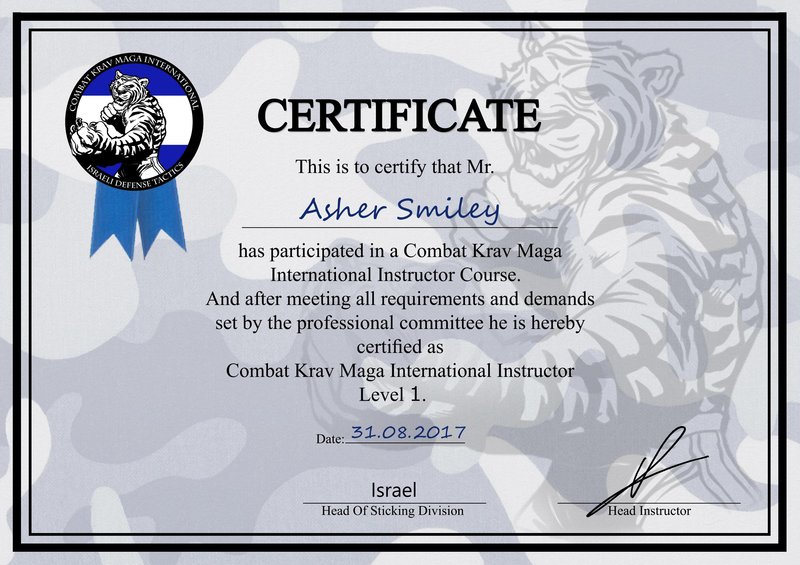 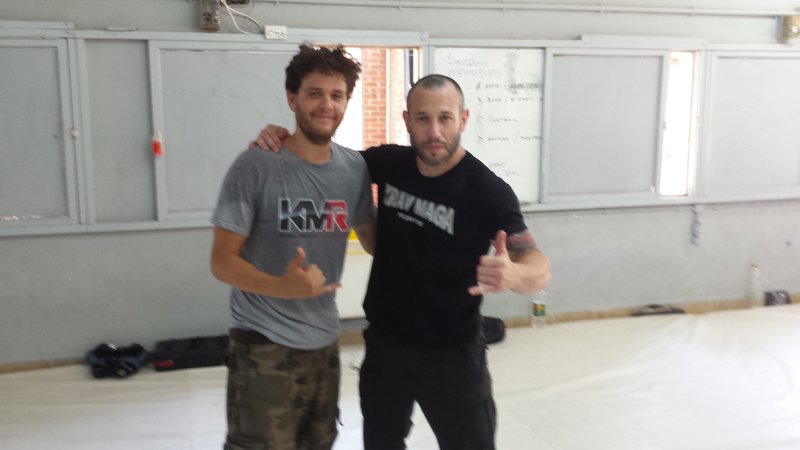 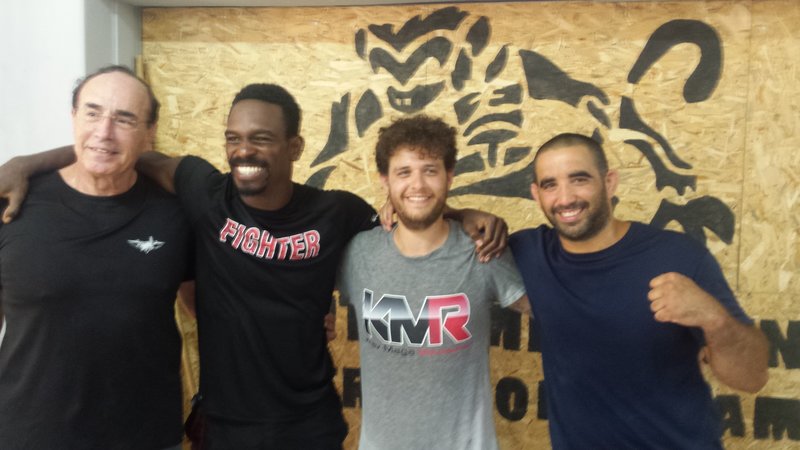